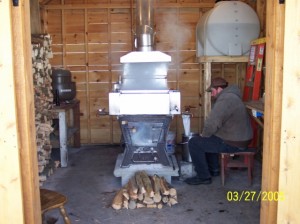 The maple syrup tradition has been in the Wagner family for many years.  My father began passing the tradition to me at a young age.  I started out on a small flat pan, sitting on concrete blocks in the driveway.  After years of enduring snow and rain while cooking, the operation began to evolve.  I bought a 2×6 wood-fired evaporator in 2003 to reduce cooking time, and with the help of my father, built a small “sugar shack.”  In 2003, 1140 gallons of maple sap were collected, producing approximately 30 gallons of maple syrup.  Every year, we tapped more trees, and eventually outgrew my equipment.

In 2010, I upgraded to a 3×8 wood-fired evaporator.  There was only one problem tough…  it didn’t fit in the existing sugar shack.  A new two-room building was put up, with space for a filter press and bottling system.

For the 2011 maple syrup season, a tubing system was installed to replace the hanging buckets.  A vacuum system delivers the sap to a holding tank that is then pumped into the new sugar shack.  This new tubing system is the best way to prevent damage to the woods from running heavy equipment during the muddy and wet conditions that occur during maple syrup season.  An additional benefit is the maple sap is collected under closed conditions, which reduces the amount of debris in the sap.  2011 was an exceptional year for us.  We collected 7500 gallons of sap, which boiled down to approximately 200 gallons of maple syrup.

In 2012, we had 460 trees tapped.  We improved our mapling process by adding a new filter press and bottling system to the sugar shack.  Overall, 2012 was a poor season for Wisconsin (and other producing states).  Weather was a huge contributing factor.  The thaw came earlier than usual, and temperatures rose quickly, thereby shortening the season. 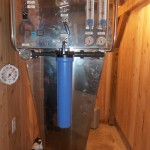 2013 turned out to be an exceptional year, and the sugar content of the maple sap was very high.  On March 9, we fired up our equipment, and the sap started flowing.  The biggest change in 2013 was the addition of a reverse osmosis (R.O.) machine.  The R.O. removes approximately 75% of the water from the raw sap, thus increasing the efficiency of the evaporator.

On April 8, 2013, the news crew from Green Bay’s Fox 11 show “Good Day Wisconsin” visited our sugar shack to film how pure maple syrup is made.  We finally pulled the taps on April 17, and ended the season with approximately 600 gallons of syrup.  Overall, we boiled more than 17,000 gallons of sap.

The 2014 mapling season got off to a slow start, due to an extremely cold winter.  During the third week in March, we enjoyed being a part of the 1st annual Flapjack Brunch at Saxon Homestead Farms in Cleveland, WI.  Even with the cold weather, people came to learn about pure maple syrup, and eat flapjacks and sausages.  We finally pulled our taps from the trees during the third weekend in April.  New products offered for 2014 are granulated maple sugar and pure maple cream.

Check out the following news segment from the 2014 mapling season: 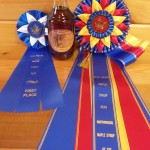 Two years in a row!! 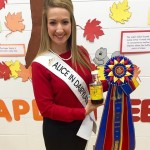 We are extremely proud of this accomplishment!

The 2016 Phelps Maple Fest event was also the debut of our new label.